Works-In-Progress (WIP) is a forum where Georgia State faculty members share their ongoing research grants and manuscript drafts with other faculty and students. These informal discussions allow participants to discuss individual research projects in a broader context, and often lead to new collaborations.

WIPs are held the 3rd Friday of Every Month of the academic year (dates subject to change.)

Examples of past WIP Speakers & Topics include: 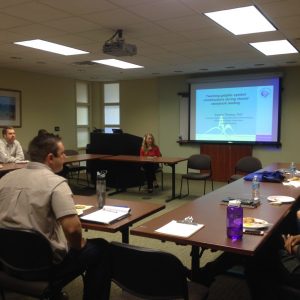